after playing semi-professional soccer for most of his life, guido decided in 1998 to learn martial arts. after trying out different disciplines, jiu-jitsu appeared to be the most practical martial art. further to a short intro at the gracie academy in torrance, california, he was quickly captivated by the art.  with almost daily training, he received  within 6 weeks his blue belt  from the grand master rorion gracie. in 1999, guido entered a cage combat and fought 2 mma events, one of which was against karo parysian. suGUIDO WON several GI and no gi BRazilian jiu-jitsu and gracie jiu-jitsu tournaments including the gracie jiu-jitsu open.

in 2001, he received his purple belt from ufc champion, royce gracie, who was his instructor for many years. in 2003, he was promoted to brown belt by rorion gracie. in 2007, guido was 1 out of 7 first recipients of black belts ever awarded at the gracie headquarter. in 2011 he received his 1st degree black belt promotion and in 2015 his 2nd degree. guido was fortunate to train under the legend and founder/inventor of gracie jiu-jitsu, helio gracie. through out his jiu-jitsu career,  guido was privileged to train with many of rorion's brothers, royce, rickson, rhelson, royler, rulker & ralph gracie. guido has participated in many jiu-jitsu seminars with other jiu-jitsu idols. over the last few years, guido has enjoyed training with the 3rd generation of gracies like ryron, rener, ralek, kron and rhalan. today, guido is honored to be teaching the fine martial art of gracie jiu-jitsu. he's certified to teach gracie jui-jitsu master cycle, gracie combatives, women empowered and gracie bully-proof.. 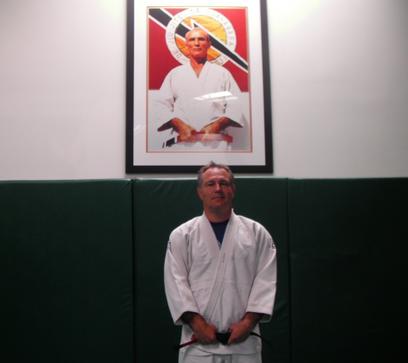 If you don't lose, you will eventually win